When you think about what makes Safex different from other cryptocurrencies, the most obvious aspect is the built-in marketplace ecosystem, with its suite of advanced blockchain functions that allow it to operate in a decentralized, autonomous fashion, through Proof-of-Work mining. However, there are many other attributes of the Safex Blockchain that make it stand out from the crowd.

As a fork of Monero, Safex also has the benefit of several privacy protocols (Ring Signatures and Stealth Addresses), which protect user balances and eliminate the ability of outside observers seeing what transactions someone has made.

Another unique aspect of Safex is the 20-year S-curve emission of Safex Cash. Designed to follow the theoretical rate of adoption of new technologies, it is anticipated that the coin emission increases of the early ‘adoption years’ helps to better decentralize the coins and moderate price fluctuations of Safex Cash as adoption of the marketplace increases. Then, the reducing ‘post-adoption’ section of the curve anticipates a gradual increase in Safex Cash value due to wider marketplace use, to offset the reduced number of coins rewarded to miners.

Like Monero, Safex utilizes a concept of a tail emission - an ongoing base block reward paid to miners after the emission curve ‘finishes’. For the Safex Blockchain, at the end of the 20-year S-curve, there’s an ongoing 3 SFX reward for each block found - forever.

But why is this significant?

A rarely discussed aspect of cryptocurrencies, like bitcoin, is… what happens when the emission curve reaches zero? Will the miners remain, when they have to rely solely on transaction fees? As no blockchain has actually reached the end of their emission curve, any answer can only be speculative.

For Bitcoin, there are several issues, which, when considered in combination, make it hard to understand why miners would continue to secure the bitcoin network once the block reward eventually reaches zero. Firstly, BTC has a static block size, meaning it can’t increase in size to accommodate more transactions. (To understand how Safex and its dynamic blocksize differs, readers may like to peruse this.) This means miners would need to be prepared to rely solely on the transaction fees paid by users of the network when the emission curve ends.

In the above block, the transaction fees represent roughly 2% of the total block reward. As miners seek to make mining profitable, if the base reward was 0, to maintain the current hashrate to secure the BTC network, transaction fees would need to be 50x what they currently are.

The likely result is BTC miners will dissipate to a point where it is profitable, but in the process, this reduces the amount of hashrate securing the network, which increases the vulnerability of the network, and makes a 51% attack easier to achieve.

So, for Safex, the hope is that the marketplace gains widespread adoption and the value of Safex Cash at the end of the 20-year S-curve means the 3 SFX tail emission has an attractive value. When the tail emission value is considered in combination with Safex’s ability to dynamically increase blocksize and process more transactions per block, as needed, then the door is open to providing a sustainable and profitable mining experience in perpetuity, allowing for better network security in the years after the emission curve finishes.

This text will give you some ideas about how to support Safex. Let’s do it together!

Learn what a stealth address is: read a detailed explanation and infographics. 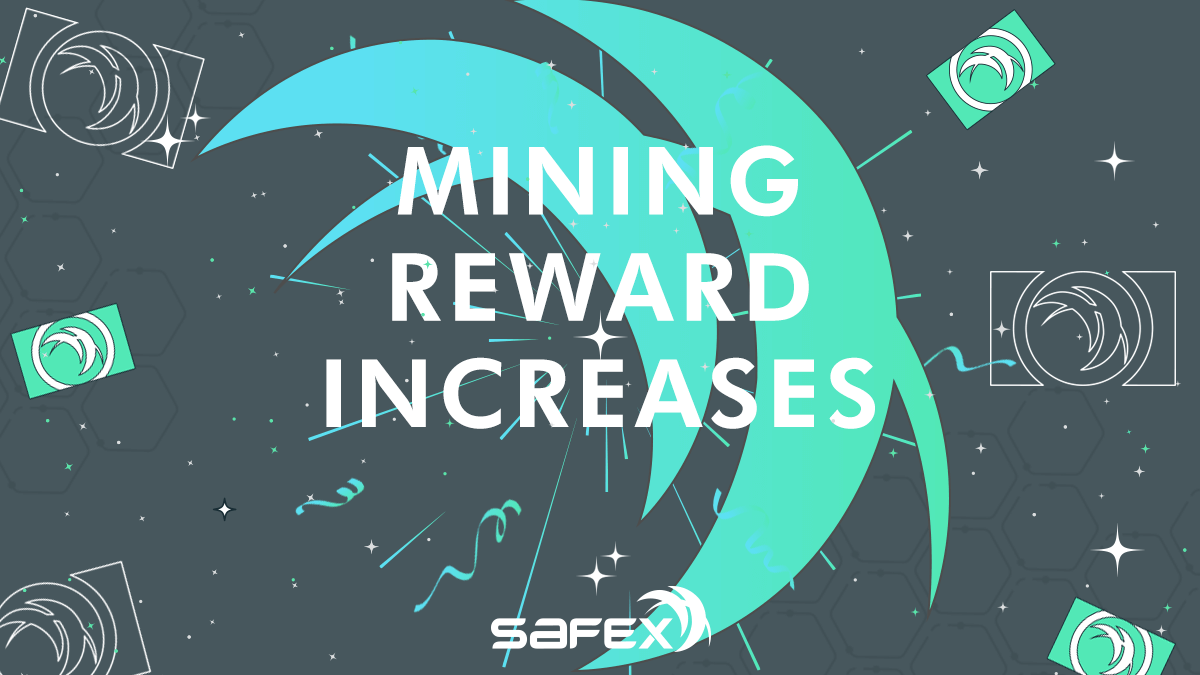 Congrats to all the Safex Cash miners! From today, the mining reward is 340 Safex Cash! Cheers!