The sharing economy emerged from the idea of peer-to-peer networks of people that share and collaborate in every field for the common good. It typically uses marketplaces in which a set of providers offers services or products to a set of customers. With the help of technology, it became easy to bring these people together. Uber is among the first things that come to mind when someone mentions the sharing economy (also often referred to as the collaborative economy). This ride-sharing service enables people with their own vehicles to provide rides to consumers, and it is all handled via the mobile phone and Uber’s app.

This kind of concept has found its share of limitation, especially when it comes to navigating an increasingly global marketplace. Since most collaborative companies rely not only on cash but majorly on credit card payments to process transactions these days, this can be a hurdle for many people to enter the ecosystem as a service provider or customer. The use of blockchain technology offers new possibilities for unbanked people to be a part of these new global markets - they would be able to offer and purchase goods and services without any middleman and the need of a third party credit card payment processor.

Blockchain technology has already made a name for itself globally thanks to its ability to facilitate international transactions without additional costs. Originally, it was developed as a way to maintain a secure ledger of verified transactions between participants. Since digital currency uses encryption techniques to verify the transfer of funds, the ledger can be maintained without a central authority or third party intermediary.

For example, if a person wants to do online shopping with cryptocurrency before the transaction is authorized it will be broadcasted to a wide peer-to-peer network of computers, also known as nodes, and then included into a new block by a miner. Every time you intend to buy goods with cryptocurrency, the blockchain technology uses its complex algorithms to check whether or not the transaction involves double-spending, which means using the same funds in multiple transactions. Only once this is verified the transaction can be validated. A specific number of new transactions will be included into a new block which is then added to the existing chain. The chain is permanent and unalterable. It offers a complete history of transactions ensuring that no one is trying to cheat the system. This way, the entire transaction history can be securely kept and continuously updated in a distributed and public ledger. Besides the most adopted cryptocurrency Bitcoin, there are existing other cryptocurrencies where balances of addresses and linked transaction histories are only visible by the respective address owner - for example: Monero, Safex. Since the ownership of a significant amount of funds can make a target out of people, these features are significantly advantageous for cryptocurrency users and are likely to increase future adoption of such cryptocurrencies as a result.

Blockchain is not limited to cryptocurrency

Versatility is one of blockchain’s main advantages since it can be adapted to serve most sectors of activity and a large share of processes that do not involve sensitive information or require human oversight. Blockchain is often referred to as a trustless technology. At its heart is a completely decentralized peer-to-peer network that reduces the cost of processing transactions and enables secure management of large volumes of data without central control. This opens the potential for blockchain to be used in any application where transactions need to be securely verified, such as the use of blockchain technology for eCommerce. The technology is well on its way to revolutionizing many industries allowing businesses and individuals to engage is such activities in a more secure, reliable and efficient way.

How blockchain will revolutionize the sharing economy

The sharing economy is one of the industries where blockchain can make a huge impact. Since a sharing economy can involve many markets all around the globe and operates as a type of peer-to-peer network, the introduction of blockchain may revolutionize how it operates.

Today, a centralized intermediary is needed in many sharing economy services, and it usually reaps economic benefits. This is definitely among the key challenges that have been preventing the mass adoption of the sharing economy. Unequal distribution of the value generated by companies allows large intermediaries to reap huge profits while smaller companies get little to nothing. One of the examples that come to mind is PayPal that collects fees while serving as a payment processor. Blockchain has the potential to eliminate these fees as well as the need for intermediary payment processors, which would allow a sharing economy and their users to do business more efficiently and cost-effectively, ushering a new era of commerce. It is also worth mentioning that users are at risk of getting their funds frozen when using PayPal's services or any other centralized payment processor. Additionally, the collection and monetarization of user data is always present when engaging with such service providers.

Blockchain can also bring together isolated sharing economy services and help them transcend political and cultural boundaries through a common cryptocurrency. Though this is still speculative, there is no doubt that blockchain will play a main role in the future of the sharing economy and many other industries such as healthcare, data sharing, lending, supply chain management, or the food industry.

Due to the decentralized nature of the technology, the introduction of blockchain solutions for a sharing economy will result in increasing security. The traditional solutions are more prone to hacking and many of them have already had major data breaches. Also, users of a platform embedded into a blockchain will always be in control of their own funds which makes the freeze of funds by a third party impossible.  The technology may also protect users legally. In the event of a dispute, the use of smart contract technology may provide arbitration analyzing its data and offering a transparent and just settlement.

The sharing economy has already shown its potential to connect people and businesses all across the world. From French bakers to the American food supply chains, from Chinese tourists to Alaskan homeowners, the world is becoming a global village. If developed with global standards in mind, blockchain technology has the potential to make these connections stronger, and make new ones along the way delivering faster and improved services to citizens and consumers across the globe.

Blockchain technology continues to gain mainstream acceptance and adoption. It is only a matter of time before we see more innovative solutions combined with everyday use. Though the sharing economy has yet a long way to go before it becomes completely secure and user-friendly, with all the innovation it is bound to happen rather sooner than later. When our world gets completely immersed in blockchain technology, it will be a transformed world in which cooperatives, schools, and neighborhood groups have all the same technological advantages as governments or multinational corporations.

Meanwhile, one specific example of utilizing the power of blockchain technology for a sharing economy stands out. Safex is The Blockchain Engine for eCommerce. It offers a decentralized, secure, and anonymous marketplace where cryptocurrency users can exchange goods and services without any third-party interference. Safex created a user-oriented experience. Their platform charges an extremely competitive 5% fee on offer purchases and just $0.01 for a vendor account creation or product listing. Safex also respects your rights of privacy and doesn’t collect any personal information like offer browse history or transaction history.

Their team has developed two cryptocurrencies which are embedded within the same blockchain - Safex Token (SFT) and Safex Cash (SFX). Safex Token is a utility token that is needed to create vendor accounts on the marketplace. However, those required tokens are not transacted to a third party address but only get temporarily locked for some time until they are available for transactions again. The ownership of Safex Tokens also enables users to participate in the decentralized revenue share system. The already discussed 5% fee on sales is redistributed to token holders according to their ratio of total token supply. Safex Cash is the mineable proof-of-work cryptocurrency that serves as the sole medium of exchange on the marketplace for offered goods and services. Over time, as more people are expected to get involved, more Safex Cash is being rewarded through mining, making its distribution fair.

Since this decentralized ecosystem is only accessible for people who hold Safex Cash and Safex Token, it is highly important to have existent fiat gateways - majorly for new users who want to enter the platform but also for already existing users who may want to exit again into fiat currency or other cryptocurrencies.

In this context, it is worth noticing that the cryptocurrency exchange Xcalibra is the primary gateway into the Safex ecosystem at present. It was founded by the founder and lead software architect of the Safex project and is therefore a highly reliable partner. It enables new users to enter the decentralized marketplace majorly via Bitcoin but also credit card payment. Finally, also other exchanges are in the process of implementing Safex which will ensure an increasing number of gateways and liquidity for a growing user base in the future. 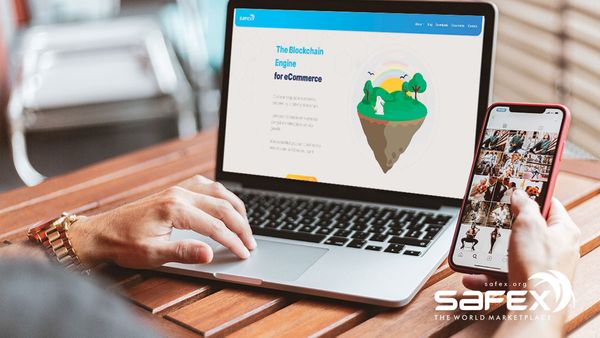 Ecommerce stores generally have a large volume of customer, inventory, and transaction data. In order to produce effective results, all this data needs to be stored and managed in a proper way. This is where the application of blockchain technology can help. 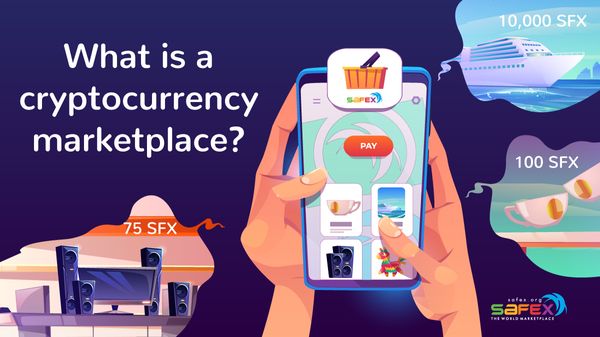 It was Seth Godin, the celebrated author, and dotcom business executive, who said that-"In a crowded marketplace, fitting in is a failure. In a busy marketplace, not standing out