Just in 2020, the number of eCommerce sales has increased by 16.4% worldwide. It is predicted that by the end of 2021, online transactions will reach $4.5 trillion in B2C sales, while B2B sales will grow to approximately $7.7 trillion. These figures seem incredible but they are not surprising since the insatiable desire for immediate and convenient online shopping is rising constantly. This is the reason why eCommerce represents a real challenge for the traditional financial sector, facing it with the users' security issues, high transaction fees and low velocity of transaction settlements. The application of blockchain technology in eCommerce can offer a potential solution to these challenges given its features of fast, immutable and low-cost transactions which are settled in a decentralized manner.

Blockchain technology is expanding its field beyond the base use of cryptocurrency as a medium of exchange and rapidly changes the financial market and transaction methods, making the business environment more favorable for merchants and shoppers as a result. Blockchain technology is leveraging some of the most important online trade issues such as data-privacy, efficiency and costs. Predictably, the next stage of eCommerce will be based on blockchain-based eCommerce applications which will contribute to the evolution of eCommerce into a new market sector of Crypto-Commerce.

The ongoing expansion of eCommerce has been resulted in an explosion of user data provided to third parties. In order to make a purchase on a regular web shop via a username-password account system, online shoppers have to provide their personal and financial data such as credit card numbers, CVV codes, etc., to the retailers and other online service providers. These pieces of information can be the interest of hackers who will try to compromise and misuse them.

When using The World Marketplace - a blockchain-based eCommerce platform developed by Safex - for online shopping there is no necessary need of a user account with data stored by a third party. Transactions for purchases being made are settled through the blockchain and relevant user data like a name or delivery address are only shared between the two market participants of the trade. This way, users can rest assured that their privacy is respected since they can decide which data to share with each selected merchant on the platform. The way a blockchain is designed, transactions can be either pseudonymous or anonymous.

Cutting the intermediaries and lowering the transaction costs

A significant benefit which blockchain technology offers to its users is cutting the intermediaries and, consequently, their high fees which is directly affecting the reduction of operational costs and revenue increase for merchants. Considering the traditional payment system which eCommerce stores are using nowadays by integrating their products with the card payment gateways, seven intermediaries deal with a single transaction, all of them adding a processing fee. With blockchain technology, this payment process is significantly shortened, enabling a direct trade between merchant and shopper. The way how transactions are being made is defined by the code of the underlying protocol and network participants (miners) who add transactions to the blockchain.

Since blockchain technology is best known for the development of various cryptocurrencies, it is predictable that eCommerce's evolution to a novel way of Crypto-Commerce will mark the next decade. Crypto-Commerce means real peer-to-peer trade and enables users to keep their privacy and have significantly lower costs. A novel eCommerce platform that already integrated cryptocurrency into regular trade flows and enables merchants to build a web shop on blockchain technology principles is The World Marketplace developed by Safex. The World Marketplace is a decentralized eCommerce platform, which means that it is not led by any dominant large corporation such as Amazon or Alibaba. It is an open-source, community-driven project which gives everyone the possibility to contribute to development. The World Marketplace enables online shopping with cryptocurrency while all your personal and balance data are obfuscated.

Furthermore, for every listing sold on the The World Marketplace a 5% fee is charged from the merchant, which is extremely competitive compared to established eCommerce platforms which charge up to 15-45% for each sale. This reduced fees enable you to increase eCommerce revenue as a merchant on this platform. Furthermore, the described fee which is collected per each transaction actually goes into a pool and gets redistributed, allowing Safex Token holders to participate in fair revenue share.

Entering this new Crypto-Commerce is possible by either using The World Marketplace desktop app or by integrating the Safex protocol with your eCommerce website using the Safex API. The users of the platform will also be able to give reviews for their purchases and use an encrypted messaging system so that an easy, reliable and private communication between merchants and customers can be ensured.

No need for credit card payments

As we have already mentioned, there are seven parties in the credit card payment process that add their service fee, in contrast to blockchain technology that uses a decentralized consensus mechanism to settle peer-to-peer transactions from all users of the network.

This enables regular users and also companies to send or receive payments directly from each other. Since there is no need for credit cards in this system, this will expand your audience for additional groups like unbanked people or users who avoid using credit cards because of privacy-related reasons.

The fraud attempts over credit cards are among the most common methods used by fraudsters striving to make easy money. Chargeback frauds are one of those methods. Chargebacks take place whenever a fraudster makes an online purchase and requests to reverse the credit card transaction from the issuing bank instead of contacting the merchant for a refund. Fraudsters often use this way even when they receive the products they intended to "buy". Once the bank approves the reversal of this transaction, the money is refunded to the fraudster, creating a double loss for the merchant. As many studies have shown, chargeback fraud costs merchants $2.40 for every $1 lost, while it was estimated that the total cost of chargebacks in the US in 2020 would amount to $6.4 billion.

Using blockchain technology for transaction settlement in eCommerce makes this kind of fraud absolutely impossible. Once a transaction is submitted and included in the blockchain eventually, it is immutable for any network participant. Therefore, merchants can rest assured that their incoming payments will not be reversed and they can immediately use the new funds for their business.

As a user of blockchain technology, following all advice regarding the storage of passwords, wallet files and keys is important to guarantee the security of your assets. Digital wallets for cryptocurrencies are a tool for blockchain technology that allows both merchants and shoppers to store check balances and do transactions with a simple user interface. These wallets can be encrypted with a password and restored with the private key of the cryptocurrency address in case the password is lost. Since blockchain technology disables this option for fraud completely, the merchants will be freed from chargeback fraud losses and automatically increase eCommerce revenue.

Cross-border eCommerce is a rising star. Only in 2020, a 21% growth in this market sector was recorded. It is expected that the cross-border payment ecosystem will reach a value of $24 trillion by 2022. Because of high transactional fees that additionally burden the merchants' revenue and the required time of three to five days to complete a single cross-border transaction, eCommerce can not reach its full potential yet. The solution for this problem is presented by blockchain technology, which overcomes the intermediaries and high transaction fees in the payment process and enables immediate and direct transactions between merchants and shoppers.

Considering all the benefits blockchain technology already provides, it is more than indicative for eCommerce businesses that the future evolution of eCommerce looks promising for Safex and The World Marketplace. 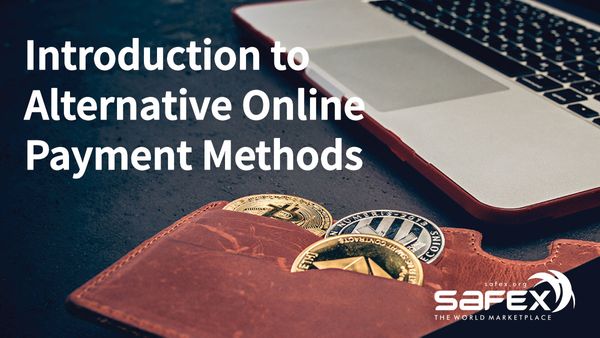 Although the use of credit cards is still the dominant way to settle transactions online, there are more and more alternative payment methods emerging. While such payment methods were introduced by established eCommerce giants, cryptocurrency is a new alternative allowing true peer-to-peer trade. 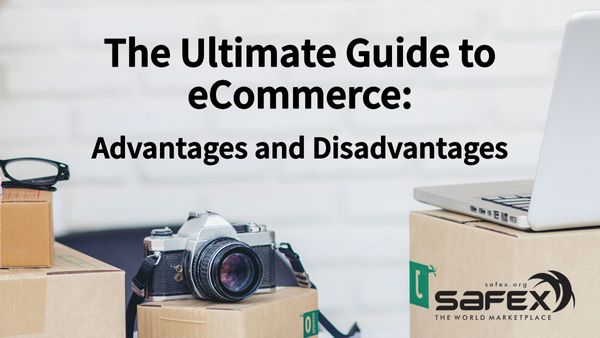 The operation of an eCommerce store comes with various advantages and disadvantages compared to a brick and mortar store. This article will guide you through the ones you need to consider when setting up such a business and present a Crypto-Commerce platform you can benefit from as early adopter.