While it can be applied to many different things, the main idea involving all decentralized systems is that they are not controlled by any single authority, making them more democratic by nature. Almost every service that runs on the blockchain can be decentralized, meaning that the activities surrounding these processes are distributed. This means that transacting and storing funds should be generally safe and that the system can not be easily shut down by interference from outside.

What are decentralized cryptocurrencies?

Decentralized services can benefit many retail consumers giving them access to payments with little to no fees. They can also be great for businesses, particularly for those where working with payment providers or service providers proves to be difficult due to legal and bureaucratic complications.

When speaking about decentralization of cryptocurrencies, the relevant parameters to observe are consensus mechanism, mining algorithm (in case of mineable currencies), as well as the current distribution and future emission rate.

Not all cryptocurrencies are designed to be decentralized to begin with, as some altcoins exist in closed systems. This means that the issuer of an altcoin could potentially have great control over the asset in question. However this may sound to you, it is not necessarily a bad thing. In some cases, such as intricate financial services, this may actually be a requirement.

Bitcoin is undoubtedly the most well-known and widely spread cryptocurrency. Unfortunately, while the cost of mining Bitcoin continues to rise, some severe concerns emerge about it being too centralized. Originally, anyone could profitably mine Bitcoin with their computer, making the network distribution much wider. Nowadays, profitable Bitcoin mining is only possible with special hardware (ASIC miners). However, there are still many different parties mining that keep things in check.

Safex Cash and Safex Token are great examples of decentralized cryptocurrencies. While Safex Cash is a mineable proof-of-work coin that is designed to be primarily a medium of exchange, the Safex Token allows users to create accounts and participate in revenue sharing within the Safex ecosystem. The use of stealth addresses and ring signatures ensures the users' privacy. Unlike it is the case for Bitcoin, miners are able to compete with a home CPU here.

It is hard to imagine decentralization outside blockchain technology. Blockchain is trustless, and any other solution would require the management and approval of a trusted party, which would make such inevitably centralized.

Cryptocurrency exchanges are the necessary gateway to enter the cryptocurrency world from the fiat world and vice versa. The common practice of reputable centralized exchanges is to store the majority of funds long-term in multisignature cold wallets and a minority of funds in hot wallets. In that way, the damage in case of a hacker attack is limited since the cold wallet storage is almost impossible to access in contrast to the hot wallet storage.

An example for a reliable centralized exhange is Xcalibra. It is a trusted exchange which gained a total amount of $5 million in funding. Besides integrated trading pairs for both Safex Cash and Safex Token it also supports purchasing BTC and ETH with credit card or debit card. Although an exchange might be centralized, it can still empower decentralization by providing a secure gateway with an easily understandable user interface into the world of cryptocurrencies to connect people all around the globe.

Since most exchanges are run by a corporation and are therefore centralized, the idea of decentralized exchanges was born. These exchanges feature a trading platform that functions as a peer-to-peer network. They offer services over a distributed network, resulting in an exchange where users are allowed to trade their cryptocurrencies without having to worry about overreaching government agencies or untrustworthy centralized exchange partners.

Today's most adopted decentralized exchange is Uniswap which is a protocol running on the Ethereum blockchain and allowing users to trade any pairings of ERC-20 tokens and ETH. Here, anyone is able to create new trading pairs and provide liquidity to the markets that already exist.

Since the year 2011, there have been at least 56 known cyberattacks on centralized cryptocurrency exchanges where the hackers stole hundreds of millions of dollars worth of digital coins. These coins were owned by individual investors but were stored in wallets by centralized exchanges. How is this possible? Well, digital coin traders access their cryptocurrencies held on public exchanges using public-key encryption. Though this type of encryption is very secure and reliable, you can never know whether the centralized exchange holding the associated private key is following all the necessary security measures or not.

In case of a decentralized exchange, the users always keep the private keys to their digital coin wallets to themselves. Each interaction with the protocol - like liquidity provision for a trading pair or a swap - has to be approved by the user while the remaining funds in the address remain untouched. Instead of trusting a company running a cryptocurrency exchange with your funds, you ensure that your digital coins are protected by following all of the best practices for private key management. Two other significant features of decentralized exchanges are that there is no registration needed and users cannot be excluded from using the service.

While it can be convenient to trust a third party with your funds long-term in exchange for protection or other benefits, there are also negative sides. If the service becomes insolvent or turns out not to be trustworthy, then you are in danger of losing your funds without any chance to recover them. This is why you should store your funds in decentralized wallets if you want to use the full benefits of cryptocurrencies. This will give you the control over the private keys making you the sole custodian of your investments rather than some other entity like an exchange. It is advisable to only use decentralized wallets which are open-source and have had a big user base for some time already. This way, the user is on the safe side that the software does not contain any malware or increases the risk of a security breach in another way.

Centralized systems are controlled by a central authority, such as exchange owners, and are in danger of being shut down by governments. On the other hand, decentralized cryptocurrency systems are able to function without a third party to manage them.

The tradeoff that comes with shifting from the fiat currency (or centralized cryptocurrency) to the decentralized cryptocurrency world could be described as such: "With great power comes great responsibility." Only you are able to move your funds which shifts the power from the familiar fiat currency system towards you. As a result, there is no one who can revert transactions for you or recover funds when you made an honest mistake or had a security breach. The same tradeoff is valid when choosing to store your coins in a decentralized wallet over exchange custody like mentioned above.

Aside from the fact that your funds or information can’t be seized by authority figures, there are many other advantages of decentralized systems. For example, since blockchain systems manage themselves, you are able to transact without worrying whether or not you can trust the other party. The blockchain handles the trust factor to make sure things are going seamlessly.

Decentralization is the process of distributing and dispersing power away from a central authority. For example, most financial systems are centralized which means that there is a single highest authority, such as a central bank, in charge of managing them. There are many disadvantages to this approach since any malfunction at the top of the hierarchy, whether unintentional or deliberate, inevitably has a negative effect on the entire system. Many cryptocurrencies are designed as decentralized alternatives to government money. This makes them more resilient, efficient, and democratic. Their underlying technology - the blockchain - is what allows for this decentralization since it offers every user an opportunity to be one of the network’s many payment processors. 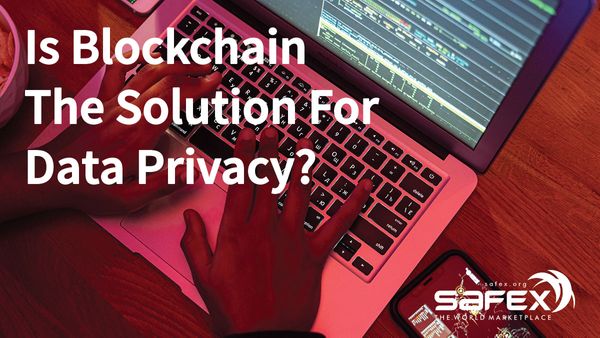 The preservation of data privacy has become one of the key challenges in our digital age. The application of blockchain technology is capable of solving existing issues regarding this matter by eliminating the requirement of trusted third parties and bringing the power back into people's hands. 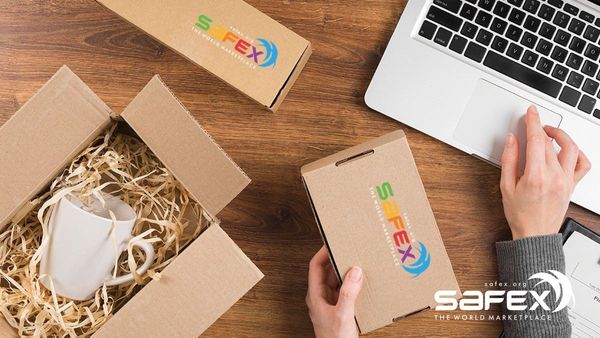 As cryptocurrencies are becoming more popular with every passing day, one question emerges - what can you buy with cryptocurrency in 2020?