ASIC-resistant cryptocurrencies aim to preserve and increase their underlying PoW blockchain's degree of decentralization. While it was possible to profitably mine Bitcoin with a CPU after its launch, times have changed and specially designed hardware has taken over for certain mining algorithms.

Mining is a major aspect of decentralized networks such as Bitcoin or Ethereum and earning block rewards of those has become extremely profitable over the years. This resulted in cryptocurrency mining turning into a business operation trapped by billion-dollar companies such as Bitmain. Proof of Work networks have evolved due to the rise of mining farms, and now only a few independent entities are contributing significant hash power to the network. Massive mining farms became the primary source of the vast portion of network hash rates put towards the largest decentralized blockchains. They became a necessary evil because the networks rely upon them to maintain the hash rate level that is needed to keep them secure.

As mining farms had invested a large amount of money, proof of work systems sometimes became proof of stake blockchains because most of the network is secured by entities whose sole purpose is acquiring hash rate. This is their stake and the guarantee to act in the best interest of the network. Unfortunately, as mining farms are becoming the main securers of blockchain networks, we are getting further and further away from the idea of decentralization.

A small group has too much control

Only a handful of cloud mining contract providers and private mining farms became the main source of a large portion of Bitcoin’s total network hash rate, threatening the very reason Bitcoin was created, which is decentralizing control over wealth.

This situation led to the fact that the collaboration between these mining farms could enable the acquisition of full control over the Bitcoin network since they possess enough hash rate to do so. In order to increase the scalability of the blockchain, Vitalik Buterin proposed to evolve Ethereum from a PoW to a PoS network. Since a vast portion of Ethereum is stored in less than 100 wallets due to the incredible amount of ETH issued to Ethereum ICO investors, the foundation has a difficult task at hand - How to maintain decentralization in a PoS network?

ASICs (Application-Specific Integrated Circuits) are integrated circuits that are designed to serve a specific use case - performing a particular computing task. When it comes to cryptocurrencies, ASIC devices are optimized to participate in the process of mining. Since they are preferentially used for mining Bitcoin, this cryptocurrency can not be considered to be ASIC-resistant.

Mining involves making multiple attempts to find a solution to a sort of mathematical problem. As the main purpose of an ASIC is to perform as many attempts (hashing functions) per second as possible, they make for a way better tool to mine Bitcoin or other ASIC mineable PoW cryptocurrencies than a GPU.

ASIC resistant coins have implemented mining algorithms which are configured in a way that using ASIC machines in an effort to mine these is either impossible or brings almost no benefits in comparison to traditional GPU mining. As a result, it makes using ASICs for mining ASIC-resistant coins unprofitable and takes those players out of the game.

The process of making and keeping a cryptocurrency ASIC resistant requires continuous development and constant modifications since ASIC designers and manufacturers are constantly producing new models of ASIC miners that are often able to invalidate the ASIC-resistance status of mining algorithms.

Ethereum is a cryptocurrency extremely popular with miners. This smart contract protocol employs the proof-of-work consensus mechanism, requiring miners to use their computing power to solve complex mathematical equations and earn a block reward. Ethereum’s mining algorithm Ethash was designed to be ASIC-resistant enabling CPU and GPU miners to contribute to securing the network.

Monero is the blockchain network that utilizes the CryptoNight protocol and is among the most profitable CPU mineable coins. It is a popular digital currency for small mining operations and ranks amongst the largest cryptocurrencies when it comes to market value. As such, it has the potential to be more profitable to trade the profits acquired through mining.

The developers of the project are dedicated to keeping the blockchain ASIC resistant making sure that small-scale miners are always able to compete within the privacy coin’s network.

Safex Cash is a proof-of-work mineable privacy-oriented cryptocurrency that is used as a medium of exchange on the marketplace embedded in the Safex protocol. Its mining algorithm is called RandomSFX was developed based on Monero's algorithm RandomX and features a dynamic difficulty adjustment as well as a preference for CPU mining.  The cryptocurrency has an emission curve that follows the rate of adoption of new technologies and uses stealth addresses as well as ring signatures to ensure its privacy features.

Mining Safex Cash is actually pretty simple and can be done in different ways. Via a 1-click miner application it is possible to mine in the Safex pool after a few steps. Another way to start the mining process is using the command line interface on Ubuntu or MacOS. For users who want to mine with a CPU rig build without a graphical user interface there is a software that can be easily run from USB. Finally, it is also possible to solo mine Safex Cash using the safexcore software. As more people are getting involved into the mining over time, more Safex Cash will be rewarded via block rewards making its distribution equal and fair as a result.

This CryptoNote based protocol is fuelled by PoW mining of an ASIC-resistant cryptocurrency with privacy features as well. In addition to this currency, it is possible to create further different assets on the Haven blockchain via a burn and mint process. Therefore, the Haven Protocol coin serves as gateway to the price-oracle backed stablecoin xUSD and for other assets being added in the future. The burn and mint process is possible in either direction, so users can choose to exit from the stablecoin xUSD again to enter into the possibly more volatile XHV.

This is another one of ASIC-resistant coins and a great cryptocurrency to mine at home. It was launched in 2017 and inspired by differences of opinion over the launch of Zclassic, its parent blockchain, which community members believed was skewed in favor of developers. It employs an ASIC-resistant Equihash algorithm and is considered the best among the Equihash coins in terms of rewards earned.

Vertcoin was launched in 2014 as the developers felt that Bitcoin and other leading cryptocurrencies had become too centralized following the rise of ASICs. It employs the Lyra2RE proof-of-work algorithm which is intended to be mineable only through the use of GPUs and CPUs, making it very popular for at-home miners. Mining this cryptocurrency was made very simple by the developers since they have created a one-click miner. Additionally, joining a mining pool will result in receiving block rewards on a more regular basis.

Aeon is great for at-home mining because of its mobile-friendly features. Its blockchain technology is designed for pruning the data downloaded to a device based on its storage capacity, making it easy to run the blockchain and its consensus algorithm on devices with fairly limited storage. Aeon is a privacy coin which employs its own modified version of the CryptoNote protocol called Cryptonite-light, that verifies the underlying blockchain very fast.

Choosing a profitable coin to mine and for a long-term investment in 2021 is a critical decision that requires some research. You want to make sure that you are not needlessly expending money and energy mining an unprofitable coin. By choosing an ASIC-resistant and preferably CPU mineable coin, you make sure that you are in a network where you don't have to compete with big ASIC and GPU farms. It is important to set up a correct calculation for the mining profitability for the short-term as well for the long-term. It is also advisable to do more research about cryptocurrency as well as about other possibilities to earn cryptocurrency.

Another possibility would be to use Safex - the blockchain engine for eCommerce. It is a decentralized blockchain-based privacy-oriented network that allows for anonymous peer-to-peer cryptocurrency transactions and as a result comes with various advantages over traditional eCommerce platforms. After setting up a vendor account on the blockchain, you will be able to host offers for goods and services of any kind on the market and start earning cryptocurrency this way, too. 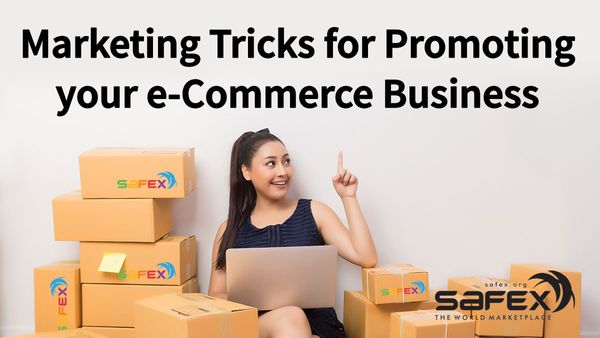 Promoting and building an online store is a mosaic of numerous interconnected activities. As blockchain-based eCommerce revolutionaries, we want to give you tips on how to market your eCommerce business. Our list of marketing tricks will help you to put your eCommerce web store to the next level. 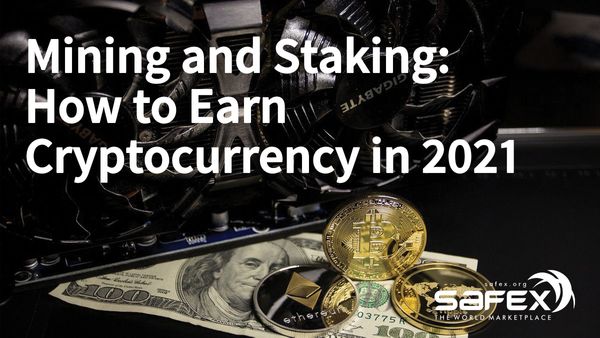 Mining and staking are two ways with significantly different features to earn cryptocurrency. This article will give insight about the parameters which determine the mining profitability, compare advantages and disadvantages with staking and will present a completely novel way of staking as well.